Sing to the Lord

We all like to sing along to the music we listen to whether it is in our car, our house or in church. The difference is when we are in church or listening to worship music we should be doing more than simply singing along with the music. We should be singing to the Lord.

Whether you prefer hymns or contemporary Christian music, worship music is designed to worship the Lord. It is created to help give us words of praise and thanks to sing to the Lord.

I will give to the Lord the thanks due to his righteousness,
and I will sing praise to the name of the Lord, the Most High.

Think about the last time you sang along to a worship song. Were you merely singing along or were you singing praises and thanks to the Lord? Take some time today to listen to your favorite worship music and sing the words directly to the Lord. He will be glorified and your spirit will be lifted!

It is easy for us to thank God for all the many blessings we have in our lives. When we truly understand all we have and all we are is by the grace of God, we can’t help but give Him thanks. But do we do as good of a job of praising Him?

Every good gift and every perfect gift is from above, coming down from the Father of lights with whom there is no variation or shadow due to change.

“Thank” means “to express gratitude, appreciation or acknowledgement to”.1  We are to thank God for all He has provided for us and for the things He has done for us. For example, we thank God for providing us with jobs and food and we thank Him for answering our prayers. God deserves our thanks and we are called to thank Him.

Oh give thanks to the Lord, for he is good;    for his steadfast love endures forever!

“Praise” means “the act of expressing approval or admiration; commendation; laudation”.1 Praising the Lord is commending Him for who He is. For example, we praise Him that He is Sovereign (in control), never changing, and slow to anger and abounding in love.

I think most of us recognize when God has done something for us like answering a prayer and we give Him thanks. However, I am not so sure we are as good at praising Him simply for WHO He is and not WHAT He’s done for us.

For great is the Lord, and greatly to be praised,    and he is to be feared above all gods.

We are called to both thank and praise the Lord. Let’s make sure we thank Him for all He has done and continues to do for us as well praise Him for who He is.

Sing praises to the Lord, O you his saints,    and give thanks to his holy name.

With Thanksgiving being tomorrow, it is hard to not think of all the things we are thankful for today. However, I think true thankfulness only comes when we really understand who we owe our thankfulness to. Everything we have and everything we are is because God has gifted it to us. Take a moment and really let that sink in. Everything you have, look around at all of the possessions, provisions and people God has provided in your life. Then think about yourself and your health, skills, talents, intelligence, freedom, etc. God has gifted you with.

We would have nothing and wouldn’t even exist if it weren’t for the Lord. He created us and He loves us. That alone is deserving of our thanks, not to mention everything else He has blessed us with.

I will praise the name of God with a song;
I will magnify him with thanksgiving.

The word ‘thanksgiving’ is the Hebrew word ‘towdah’. “It means praise, thanskgiving. The word depicts worship by the presentation of songs of thanksgiving and praise that extolled the mighty wonders of the Lord.”1 This verse describes true thankfulness that cannot be contained. Being so thankful that you can’t help but sing songs of praise to the Lord.

When we think of being thankful, we often think of simply saying thanks for all God has done for us. However, when we truly understand all He has done for us, it is more than simply a few words. The Hebrew word ‘todah’ is a “word that describes an offering of thanks or a sacrifice of thanksgiving”. It is an attitude of the heart that truly wants to make an offering of thanks to the Lord.

Are you truly thankful for all the Lord has done for you? How can you show Him your thankfulness today? Let’s keep that in mind as we celebrate Thanksgiving tomorrow!

God’s Plans for you Surpass your Wildest Dreams

We wrap up Ephesians 3 today by looking at the amazing power of God and the glory due to Him.

20 Now to him who is able to do immeasurably more than all we ask or imagine, according to his power that is at work within us, 21 to him be glory in the church and in Christ Jesus throughout all generations, for ever and ever! Amen.

The end of this letter is a doxology, an expression of praise to God. It tells of His unimaginable power. The Lord is able to do more than anything we could dream or imagine on our own. His plans for us and for His church are far greater than what we anything could dream up.

I remember when we were moving overseas, I was going through some paperwork and found an old paper from 7th grade I had written. In it I wrote what I dreamed my life would be like when I grew up. In the letter I said I wanted to be married, have children and be a teacher. Well, by the age of 26 I had accomplished all of that. However, there was something missing.

I didn’t have a personal relationship with Jesus until I was 29.Thankfully, God’s plans for my life were bigger than anything I could have asked or imagined. After putting my faith in Christ, my life began to change. God called me to children’s ministry where I really learned the Word of God. Later He called me to be a youth pastor where my faith grew by leaps and bounds.

After moving to the Middle East, I became involved in women’s ministry. It was there the Lord had me lead Bible studies and be a speaker at women’s conferences and retreats. Since returning to the U.S. the Lord led me to publish a 365-day devotional called Deeply Rooted and has given me opportunities to travel and speak to women in  Singapore, India, Nigeria, The United Arab Emirates, Qatar and here in the U.S. I am blown away by how much greater God’s plans were for me than my plans for myself.

This doxology of praising the Lord in these verses is very dear to my heart. “To him be glory” describes the way I feel – actually to him be ALL the glory! If God can use someone who didn’t know him for 29 years, He can use you too. His plans for you are far greater than yours.

How have God’s plans been greater than yours? How have you seen God work in your life? Take time to give Him the praise and glory He deserves today.

11 For I know the plans I have for you,” declares the Lord, “plans to prosper you and not to harm you, plans to give you hope and a future. 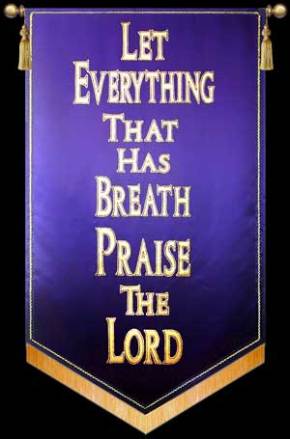 I hope you had a wonderful weekend and were able to participate in the challenge to write a hand written note or card of encouragement to someone. We will continue our look at Ephesians 1 this week.

3 Praise be to the God and Father of our Lord Jesus Christ, who has blessed us in the heavenly realms with every spiritual blessing in Christ.

The Greek word for praise in this verse is “eulogetos” and it means “inherently blessed, well spoken of, worthy of praise”. “In all instances ascribed only to God, for no one else is inherently worthy of praise.” Looking at the word in the Greek really adds a richness to its meaning. Our heavenly Father is so worthy of our praise. When was the last time you spent a few minutes praising God simply for who He is? Often our prayers become a laundry list of what we want God to do for us, how about today spending a few minutes simply praising Him because He is inherently worthy of our praise?

Paul connects the praise of God to the fact that He is the Father of Jesus Christ, I can’t think of a better reason to praise the Lord than for sacrificing His son on our behalf. In addition Paul connects praising the Lord for what He has done for us in blessing us with “every spiritual blessing in Christ”. The key to this phrase comes in one little word “in”. The reason we are able to be blessed with these spiritual blessings is because as believers we are “in” Christ. It speaks of our close relationship with Jesus and how once we believe in Him, His Holy Spirit dwells within us.

Let’s spend some time today praising God because He is so worthy of our praise. Praise Him for being in Christ and having His Holy Spirit dwell within you. Praise HIm for the tremendous sacrifice of Jesus and praise Him for all the many blessings you have received. Let today be a day of praise!

Deeply Rooted Devotional written by Shelly. Click on the picture to order a copy.